An Iconic 20th Century House of the De Stijl Movement. 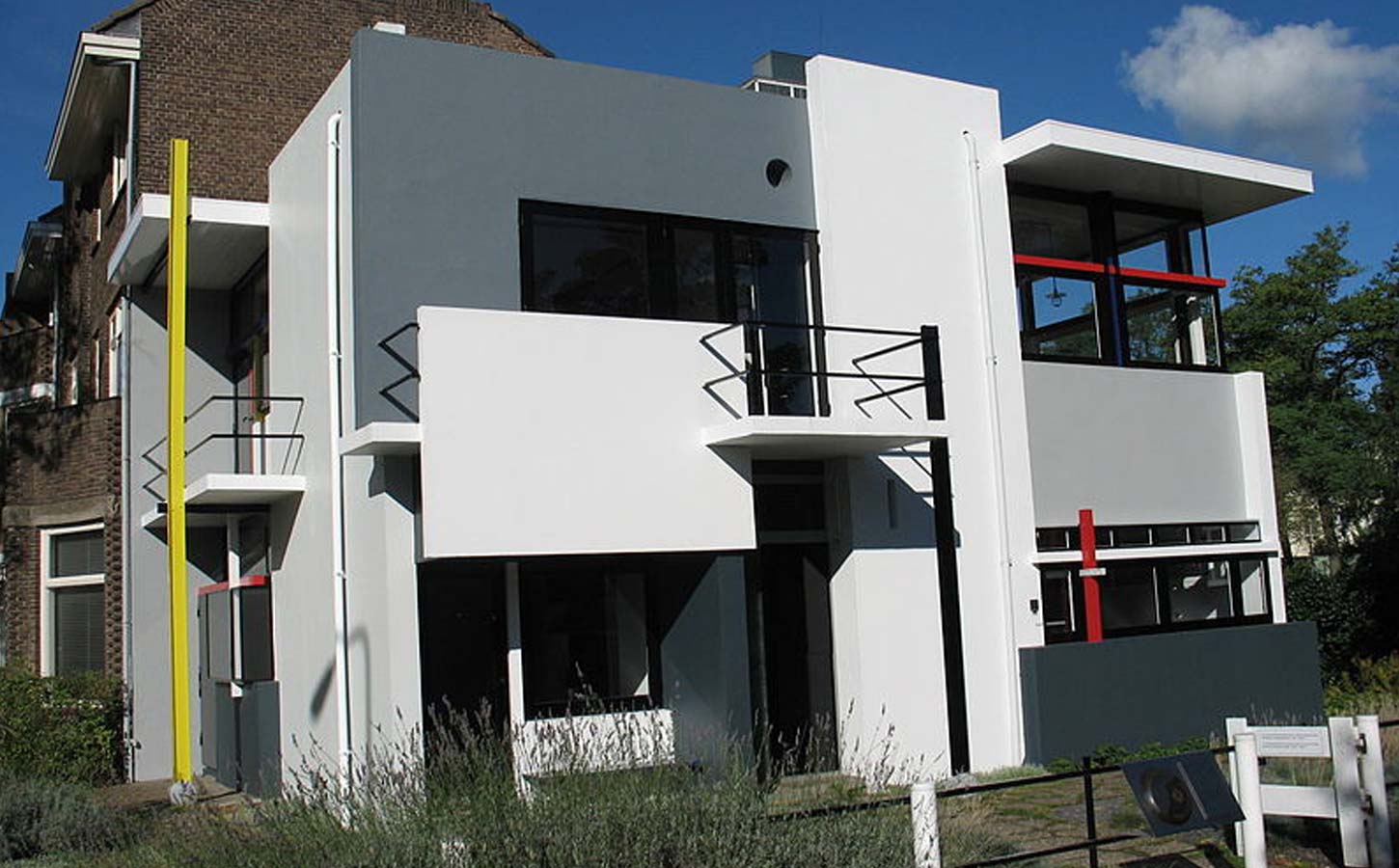 The Rietveld Schröder House was designed by Gerrit Thomas Rietveld on a commission from Ms Truus Schröder-Schräder. It was constructed in Utrecht in 1924. This small house is a manifestation of the ideals of the De Stijl group in the early 20th century and is an icon of modern architecture.

Proponents of De Stijl advocated pure abstraction and universality by a reduction to the essentials of form and colour; they simplified visual compositions to vertical and horizontal, using only black, white and primary colors. In many of the group's three-dimensional works, vertical and horizontal lines are positioned in layers or planes that do not intersect, thereby allowing each element to exist independently and unobstructed by other elements. This feature can be found in the Rietveld Schröder House.

The house is in many ways unique. It is the only building of its type in Rietveld’s ouvre, and it also differs from other significant houses of the early modern architecture movement, such as Le Courbusier's Villa Savoye or Mies Van der Rohe's Villa Tugendhat. The treatment of architectural space and in the conception of the functions of the Schroder House were ground breaking and unioque. Many contemporary architects were deeply influenced by the Schröder house and this influence has continued to today. 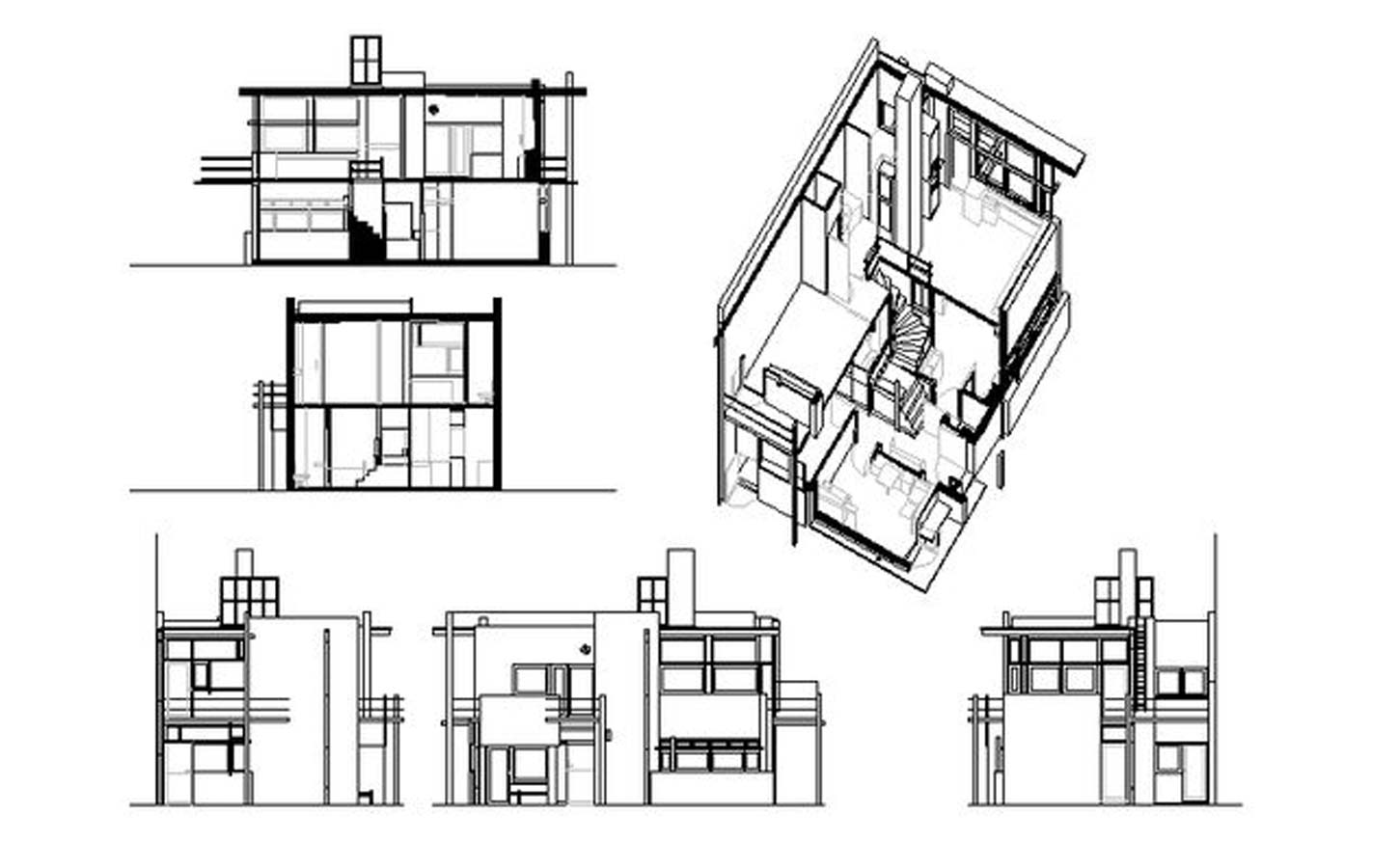 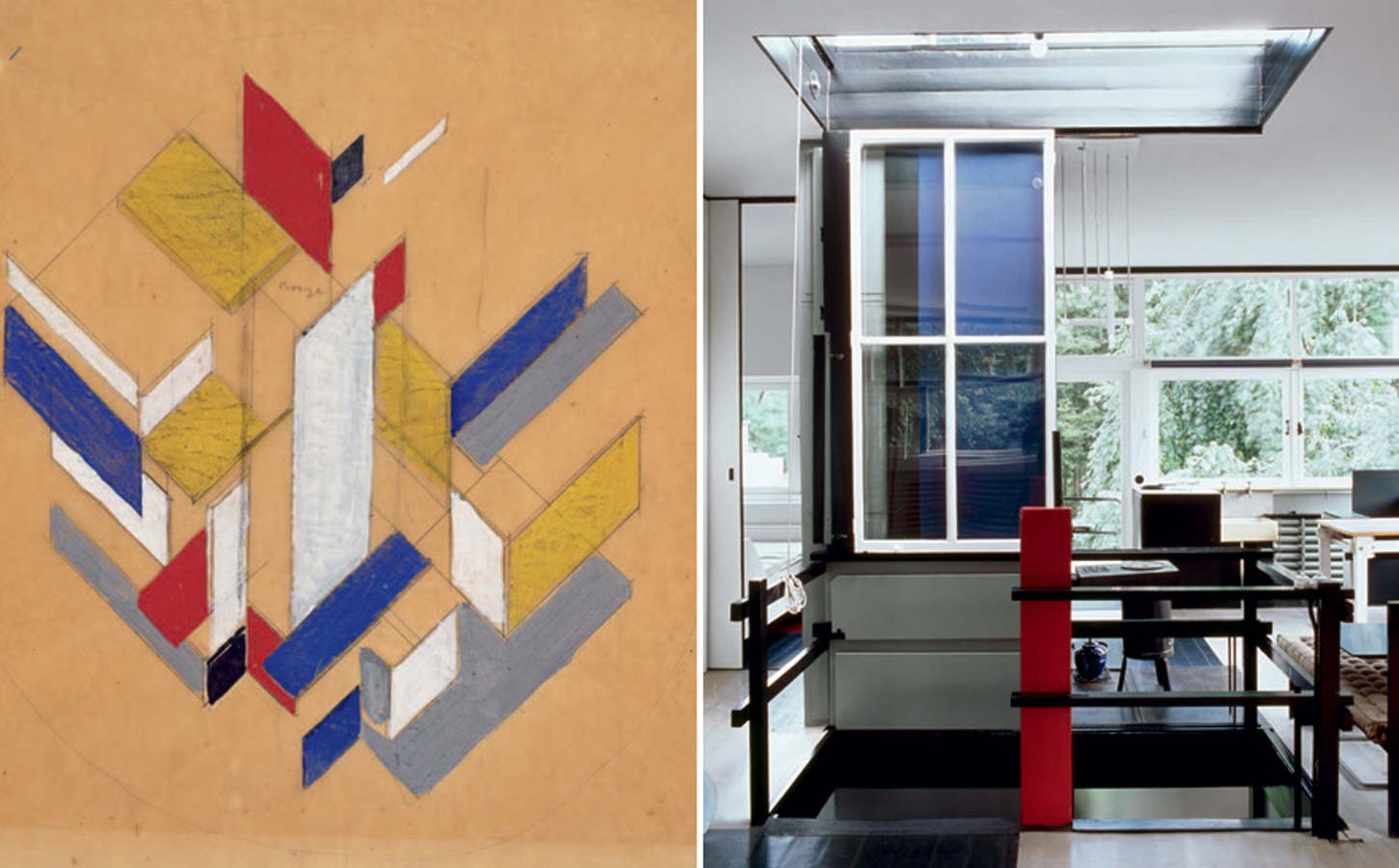 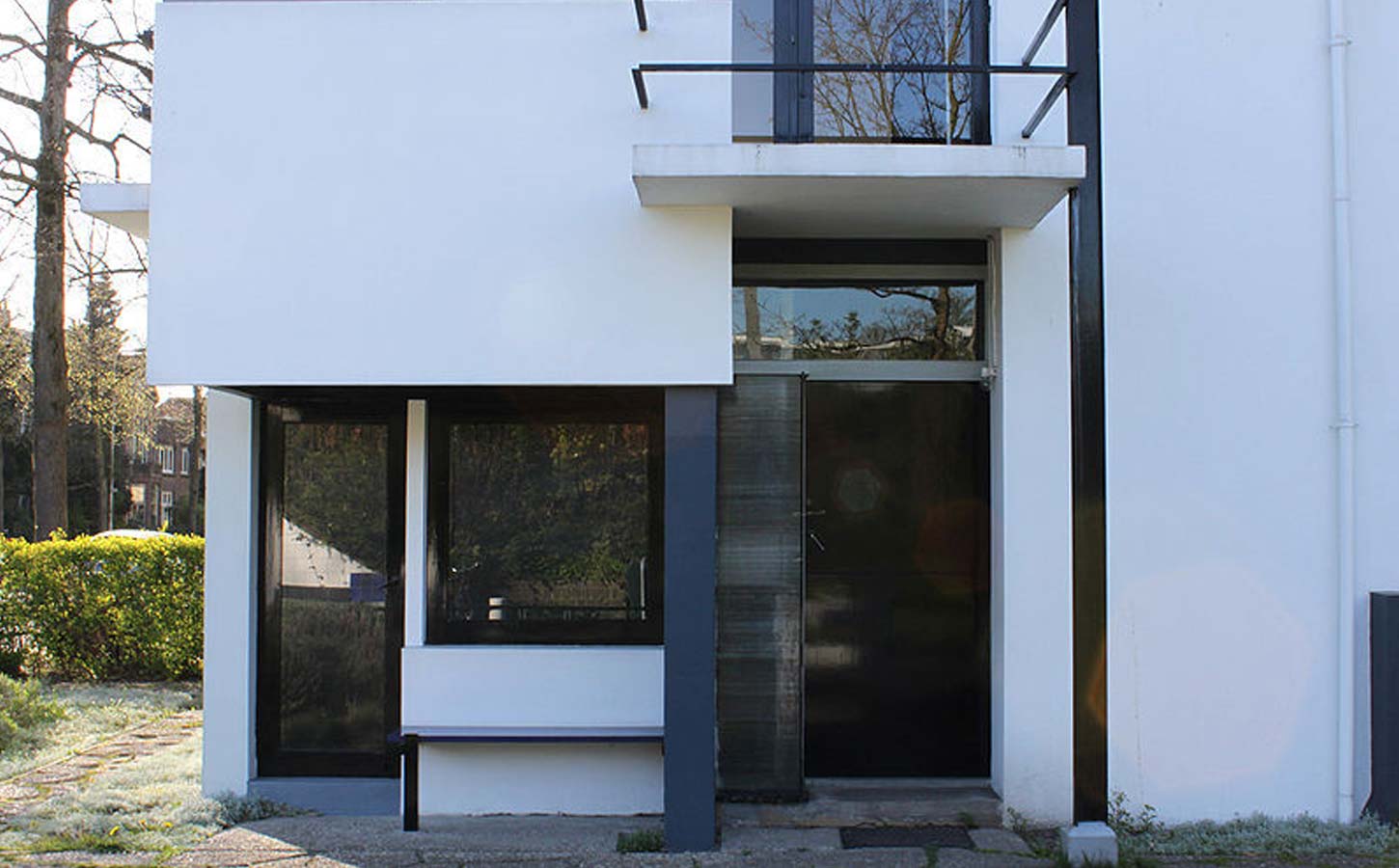